E-cigarettes seem to be getting really popular. I remember my first time when I saw some mention of the electronic cigarette. It was quite a long time ago now. I was fairly attracted by the concept of a healthy cigarette. Also the fact that as an electronic cigarette user you can smoke pretty much anywhere was quite tempting. But then I gave the e-cigarette a chance and all of this unfortunately stopped to matter.

Of course your health is really important and e-cigarettes do not affect it much. Of course not smelling of tobacco, thanks to the odourless e-liquid smoke is also a nice addition. The fact that teeth don not become yellow and that your breath actually smells quite well is also good. But the fact that the e-cigarette Australia users can taste nothing like the traditional one is a huge down point to the whole operation called “e-cigarettes”. Someone might say that tobacco cigarettes are disgusting; they hurt your throat and make you cough. Yeah, sure they do, but that’s what we smokers really love about them. That’s what the electronic cigarette user really misses. That feeling early in the morning, when your breakfast consists of a cup of coffee and a cigarette; That little spinning sensation inside your head when the first thing you did after waking up was inhaling tobacco smoke; that burning sensation inside your throat telling you that maybe visiting the doctor is not such a bad idea after all. That’s what the e-cigarette user misses, that’s what no kind of e-liquid offers. 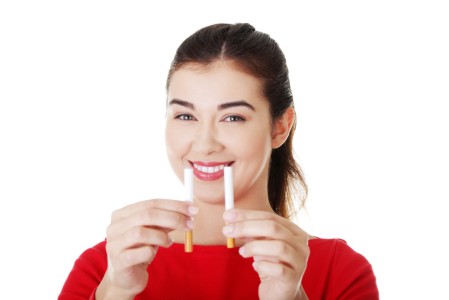 Mick Jagger, Keith Richards, Pete Doherty, Ian Curtis, Johnny Depp or Brad Pitt – when you think of them, you think, “Yeah, those guys are cool.” What do those guys do? They smoke (or smoked) tobacco. Do they smoke e-cigarettes? No they don’t. Why? Cause electronic cigarettes simply don’t look cool. They’re big and bulky and heavy and some even have stupid little cords so that you can hang them round your neck, which is basically the worst thing you can possibly do. Can you image Ian Curtis, the leader of Joy Division, with an electronic cigarette (if e-cigarettes were available in the 80s of course)? It would be the lamest thing in the world. I know that we live in some kind of a green society, where health and the planet, and nature really count, but let’s not become too crazy about it. If you want to recycle then recycle, if you want to be an electronic cigarette Australia user then be one, but if you want to be a tobacco smoker then don’t let anyone tell you that you can’t. It’s your decision.

It really pisses me off when someone tells me that smoking is bad for my health. Really? Like I don’t know that. I just choose to risk it. Maybe it’s not worth it, but in my opinion switching from one addictive thing (tobacco) to another (electronic cigarette) is just a lousy choice. I will choose the cooler thing, even if it affects my health a little more. By choosing e-cigarettes I will not feel free. I will be just as stuck with a bad habit as before. This is not a solution. If you want to quit then just stop smoking. It’s as easy as that. A little bit of strong will should do the trick. No e-liquid or electronic cigarette will help you as much as the desire to quit. The only term is that it has to be entirely your decision. No one can force you. You have to choose your method of quitting. And it certainly doesn’t have to be becoming an E-liquid Australia User. Check our flavours at eliquidmate.com

I know many people who tried e-cigarettes. Most of them hated the shitty taste of e-liquid and the fact that it tastes nothing like what they’re used to. They disliked the fact that there is no social aspect to smoking electronic cigarettes. E-cigarette users don’t meet to smoke. Everyone just does it alone. Electronic cigarettes are supposed to satisfy the smokers’ need for nicotine. Well guess what? Nicotine is not exactly a healthy substance itself. What is the point of pretty much doing the same thing as before only in a different package – the electronic cigarette? Maybe instead of spending money on the disgusting e-liquid, electronic cigarette users should consider not making any more excuses and just kicking the habit one day, making that hard decision to just stop at once. It really is the best method. There is a very high risk that you will return to tobacco after having been an e-cigarette user. I know what I am saying. I’ve been there myself.