> Before I started smoking e-cigarettes

Three days ago after my work I was with my dog in my parent's home trying to write the best article. The deadline was next day and I had no idea what to write about. I recently quit smoking and was even more irritated at the whole situation than I would have normally been. And then it hit me; why not write about ways of quitting. Seemed like a fair idea. I raised my head form the laptop screen, extremely pleased with myself, picked up my e-cigarette from the desk and inhaled deeply. A big puff of e-liquid smoke came lazily out of my mouth as I exhaled with pleasure. The odourless grey mist from the electronic cigarette was quite refreshing. I was still new to e-cigarettes, but it felt like I have been an electronic cigarette user forever. Let’s get back to how it all started.

Before I started working for an international news agency I had been living a very healthy life. No cigarettes (not even e-cigarettes), alcohol sometimes and (on special occasions), always enough sleep and lots of exercise. Back then I was working for a small newspaper. I thought I had a special mission, that I was changing the world. Right now I see that it was a lot of bullshit, but apparently I was quite good at what I was doing and my current employer noticed one of my articles and signed me. Then it all began – stress, working late hours, lack of sleep, attending a lot of parties (“to get to know the right people”). I had to stop doing any sports, simply because I had no time. I stared smoking, because everyone at worked smoked, plus the extreme stress we were all under. Don’t get me wrong, I love my job, but back then for me it was just a really big step in a completely new and unknown direction. Anyway to make a long story short and not go too much into details, one day my body kind of refused to accept my lifestyle. I had to do something. 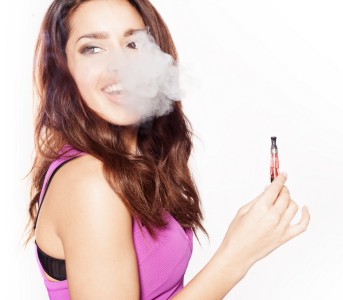 I decided that apart from getting more sleep and eating more regularly, I had to quit smoking. My friend from another agency said he tried electronic cigarettes and it was the only thing that had worked for him. Apparently the patches, pills, chewing gum and so on are pretty much rubbish. So I didn’t even bother to try them out. I bought an e-cigarette and some e-liquid. I didn’t really know what I was doing so I just bought the first electronic cigarette that I saw (later I bought a few different e-cigarettes and e-liquids to find the one best suited for me).

Before I go any further I should probably explain what e-liquid is. Well it is something that kind of works like tobacco in a regular cig. Yeah, let’s say the e-liquid is the tobacco for the electronic cigarette user. Only it is better. It doesn’t contain all the toxic substances, it’s odourless and it’s milder (doesn’t hurt the throat). Basically it’s the key ingredient of the e-cigarette. There are many types of e-liquids - different flavours, different strength. I’m not sure if every e-liquid works with every electronic cigarette, but what I know is that not every e-liquid works with every e-cigarette user. I for one thing prefer a milder taste (less nicotine) and sometimes I like to have a little bit of a menthol flavour. Others prefer a strong e-cigarette and definitely no menthol. These are probably the habits form back when we used to smoke regular cigs.

I have been an electronic cigarette user for about a month now. The e-cigarette is really helping me with the changes I was writing about at the beginning of this article. I started exercising again, my head doesn’t hurt so often, I feel more energetic and I’m basically happier. Obviously the electronic cigarette is just a half measure. It’s still not a hundred precent healthy, the e-liquid from Europe costs money and I am not completely free, because I have to admit that I am addicted to nicotine. Being an e-cigarette user is definitely better than smoking tobacco, but I will not stop there. The goal is to first lower the amount of times I use electronic cigarettes every day and in the long run I want to stop being one of many e-cigarette users.

Anyway, the electronic cigarette proved really helpful today. It satisfied my organism’s need for nicotine and it helped me with my article. I guess this proves that e-cigarettes are a fairly useful little invention. Why don’t you see for yourself?