In our time today, due to continuous innovations and health consciousness, a lot of people who smoke cigarettes divert their urges into electric cigarettes. E-cigarette is a device that tries to produce the pleasure of tobacco smoking and mostly used by people who want to quit smoking. It operates by heating a liquid substance to produce an aerosol or vapor known as electric liquid or electric juice. Depending on the owner either he wants a sweet or exotic taste containing nicotine or not.

Nicotine as a drug

A substance found in plants that can be harmful for our body when inhaled, specifically tobacco plant, is called Nicotine. It is composed of alkaloid, a nitrogen containing chemical and can also be formed synthetically. Nicotine is also considered as an exceptional addictive drug, which only seven percent of people who quit smoking by their selves lived at least a year. It is usually found in tobacco, cigarettes and e-cigarettes through the e liquid.

Australia is one of the countries where you can experience the strictest laws in the world that is different from other states. That is why nicotine is considered as a Schedule 7 poison in this country. Their national government is responsible for regulating harmful substances that can affect the people within their territories. Since e-cigarettes are famous around the world today, it already reaches the Australian citizens. In connection to this, e-liquid with nicotine content are being banned for consumption and distribution in this country. As a result, their national government formed a law that selling of e-liquid for e-cigarettes with nicotine content in their country is restricted. Thus, distributing it in any form exempting medication is punishable by law and will be charged against the company, distributor or supplier. 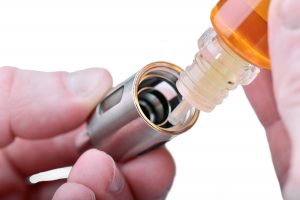 The urge of nicotine based e-juices

Although it is prohibited in Australia to sell or manufacture e-juices with nicotine substance, some of its citizen is already attached to nicotine taste. As a result, they order e-juices from other countries where it is legalize and ship it directly to their residential properties, offices, establishments or stores. Truly this addictive drug can still reach Australian citizens regardless of the precautions and measures made by their government and officials.

On the other hand, even a portion of Australian citizens are fan of nicotine substance, majority of them love to use juices without this harmful substance. This proves that they trust the laws in their country and the studies conducted by their health department regarding the effects of nicotine in our body. In this way they can enjoy that use of e-cigarettes the civil and healthier way.

These details enumerated above will give you an overview of how nicotine can affect our body. It also shows how stable countries like Australia formulated laws in order to protect their residents from the harmful effects of nicotine from new innovations like e-cigarettes, liquids and juices. Rest assured, we can stay healthy on our own way by having discipline and not depending on our government.