You are here: Home / The History of E-cigarettes
April 27, 2014 Martin Rich Uncategorized

The first evidence of a battery powered e-cigarette was patent registered invented by Herbert A. Gilbert as early as 1963/1965 and named it “Smokeless non-tobacco cigarette.” It was never publicized and disappeared by 1967. You would have thought the notion was over a thought come and gone but no, there were more inventors thinking along the same line as Mr. Gilbert. A Chinese pharmacist by the name of Hon Lik invented the next stage of electronic cigarettes in 2003. He introduced this device to China first in May, 2004, as a replacement for tobacco cigarettes. Other inventors came along to aid in the design process such as British inventors Umer and Tariq Sheikh. 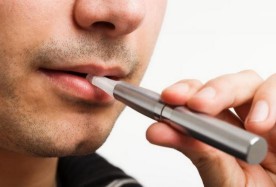 Hon Lik (Ruyan) has registered in more than 40 countries for his invention since 2003. His first international patent was in 2007 and that same year the United States granted him patent rights as well. The legalization of its usage is still pending in many countries and only a hand full has banned this device from their borders while others put restrictions on it. Either way, this revolutionary invention is about to blow the tobacco industry’s away.

Ruyan has also invented the first electronic cigar that in best e-liquid flavours such as Original, Fruit, and Menthol. This device looks just like a real cigar guarantees no tar. The Ruyan e-gars are products that emulate the puff of a real cigar, about 1800 puffs.

Smoking has been around for over 2,000 years, starting with chewing tobacco for cultural and religious reasons and back then it was socially expectable. The dangers of tobacco weren’t as prevalent as they are today. Although, the idea for smokeless cigarettes was a great idea, it was way ahead of its time; society wasn’t ready for such a change in technology, so it sat on the shelf for awhile.

So when e-cigarettes was introduced to society and presented as an alternative choice, people ran pushing and pulling to get a piece of this futuristic phenomenon. It was embraced by Europe very openly seeing they enjoy the habits of smoking and this was quite a change. In the United States, after being introduced to it in 2007, our legislation gave us a hard time receiving this new device. Many law suits were filed by manufacturers and retailers that had to rallie together to argue the right to sell this product. However, in the end some states still has the e-cigarette banned along with advertising but the majority have been approved to handle such sales with the FDA backing them.