E-cigarettes are a relatively new thing, so understandably some people are cautious or reluctant to give up on a smoking habit in exchange for e-cigs. It’s smart to be cautious and do the research, we really don’t know much about e-cigs or their long term effects and we won’t for some time, but all early signs show that they’re great for harm reduction and whilst not good for the health, they do have some benefits in comparison to traditional tobacco. 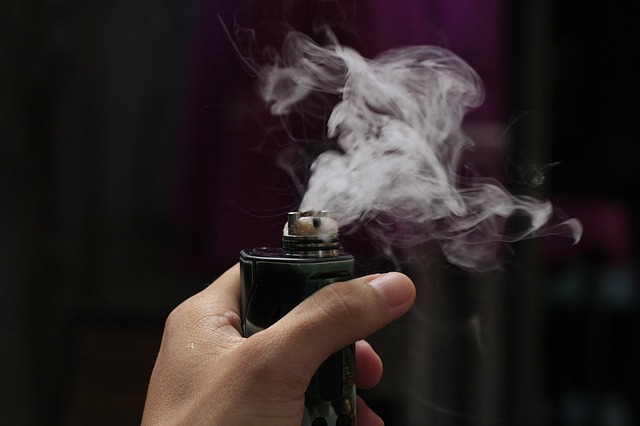 An alternative option to tobacco cigarettes

The dangers of tobacco cigarettes are well understood. Whilst in previous decades tobacco ciagrettes were thought to be healthy, increasing scientific knowledge and studies of the long-term health impacts have shown that cigarettes pose a major risk to public health. Tobacco cigarettes are known to produce more than 4000 chemicals, up to 70 of which are carcinogenic. Tobacco smokes can contain everything from cyanide to arsenic and formaldehyde. You’ve probably heard of them, and you probably know they aren’t good for you. Tobacco cigarettes are expected to be responsible for a death toll of 1 billion by the end of the century. Tobacco is undoubtedly highly toxic, and much more of a concern then the addictive substance, nicotine, that can be found in cigarettes.

Nicotine is not without it health impacts though, and it can be found contained within many of the e-liquids used in e-cig devices.

Most of these e-liquids contain three main ingredients, propylene glycol, vegetable glycerin and nicotine – along with some flavourings. Propylene glycol and vegetable glycerin are used regularly in food and pharmaceuticals and are relatively safe. They appear in other aerosols products like asthma inhalers or smoking cessation sprays. There isn’t really any evidence to show that these ingredients are detrimental to health, although some studies have suggested that certain people don’t react well to ingredients that are common in flavourings.

Whilst vaping and nicotine are not without side effects or entirely safe, most of the research so far seems to suggest that vaping is less harmful than alternative options. Here are a few reasons why you should use e-cigs instead of smoking:

In Australia the cost of cigarettes has sky-rocketed thanks to new taxes designed to discourage tobacco use, it is a very expensive habit to have, especially if you are a pack a day smoker. In comparison e-cigarette devices and e-liquids are a much more affordable alternative, and they’re better for the environment then discarded cigarette butts.

No smoke or ash

E-cigarettes don’t produce any smoke or ash, only a fine misted vapour that will quickly evaporate. This means no lingering smells, or unpleasant smoke that will penetrate carpets, furniture, curtains, clothes or risk of burning holes in clothes.

E-liquids come in different concentrations of nicotine, making it much easier for people to watch their consumption of the addictive drug or taper down their use of it. For people seeking smoking cessation it can be difficult to go cold turkey. E-cigs allow people to keep up the ‘habit’ of vaping, whilst decreasing the nicotine content in their e-liquids. This can help people to trick their brains into thinking they are still using nicotine, when really they’re having less of it or using nicotine free e-liquids.

Tobacco cigarettes have pretty limited flavour options. Enjoying the taste of tobacco or menthol is a bit of an acquired taste, and it certainly doesn’t leave your breath smelling great. E-cigs come in just about every flavour imaginable. From sweet dessert flavours, to savoury dishes, drinks, fruit and even baked goods there is a flavour to suit absolutely everybody.